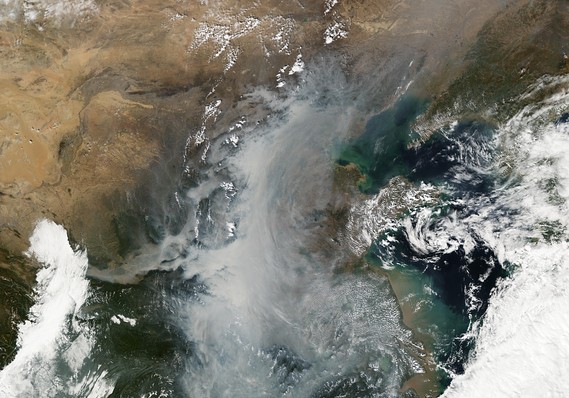 The National Association of Manufacturers announced Tuesday it supports a measure to roll back the Environmental Protection Agency’s ozone standards, arguing that the rule as it stands will be expensive to implement.

NAM represents manufacturers in all industrial sectors and in all 50 states.

The bill, sponsored by Rep. Pete Olson (R-Texas), goes beyond the most recent update to the national ozone standards, with various provisions that would change the way the Environmental Protection Agency reviews standards for particulate matter, lead and other air pollutants.

Ship & Shore Environmental, Inc. is your complete source for industrial air pollution control as well as heat and energy recovery systems.  We are a global company and serve a variety of industries throughout the US, Canada and Asia offering extensive engineering expertise and a full suite of innovative industrial environmental products and services.

Acting as an engineering partner we collect and analyze the necessary data to help manufacturers make cost effective decisions on oxidizer and clean tech equipment selections, process upgrades, modifications and in many cases possible utility rebates or incentives. It is our goal to maximize our clients’ competitive edge by improving overall performance and profitability while lowering emissions, consumption and operating costs.

What Would It Do?

In 2015, the EPA decided to set the national ozone standards at a level of 70 parts per billion, a regulation the agency estimated to provide up to $5.9 billion in public health benefits related to reduced exposure to air pollution. One of the first steps under new standards is to designate areas that do not meet the 70 ppb standards, a process the EPA expects to complete for the 70 ppb standards by 2017.

H.R. 4775 would push back the designations process by eight years, a move that Olson has described as necessary to give states more time to meet the previous 75 ppb ozone standards, set in 2008, before moving on to an even more aggressive air quality goal.

H.R. 4775 also would make several changes to the EPA’s process for reviewing national standards for ozone, particulate matter, lead, nitrogen dioxide, sulfur dioxide and carbon monoxide. Currently the Clean Air Act requires the agency to review, and revise if necessary, those standards every five years. If H.R. 4775 is enacted, the mandatory review cycle would be extended to 10 years.

Olson’s bill also would prohibit the EPA from proposing revised ozone standards earlier than October 2025 and would allow for the EPA to consider technological feasibility in its decision-making process for revising national standards.

While opponents of the legislation have described H.R. 4775 as a far-reaching attack on one of the fundamental parts of the Clean Air Act, Olson has said his bill would make necessary changes to the law that would not undermine the EPA’s ability to protect people from air pollution.

You can read full story by clicking here

Ship & Shore helps manufacturers maintain compliance with complete environmental solutions for air pollution abatement and energy and heat recovery systems for maximum efficiency and cost effective operations. If you have any concerns, would like to know more about specific OZONE REGULATIONS and how they may affect your business, or just need a little expert advice, please call Ship & Shore Environmental at (562)997-0233