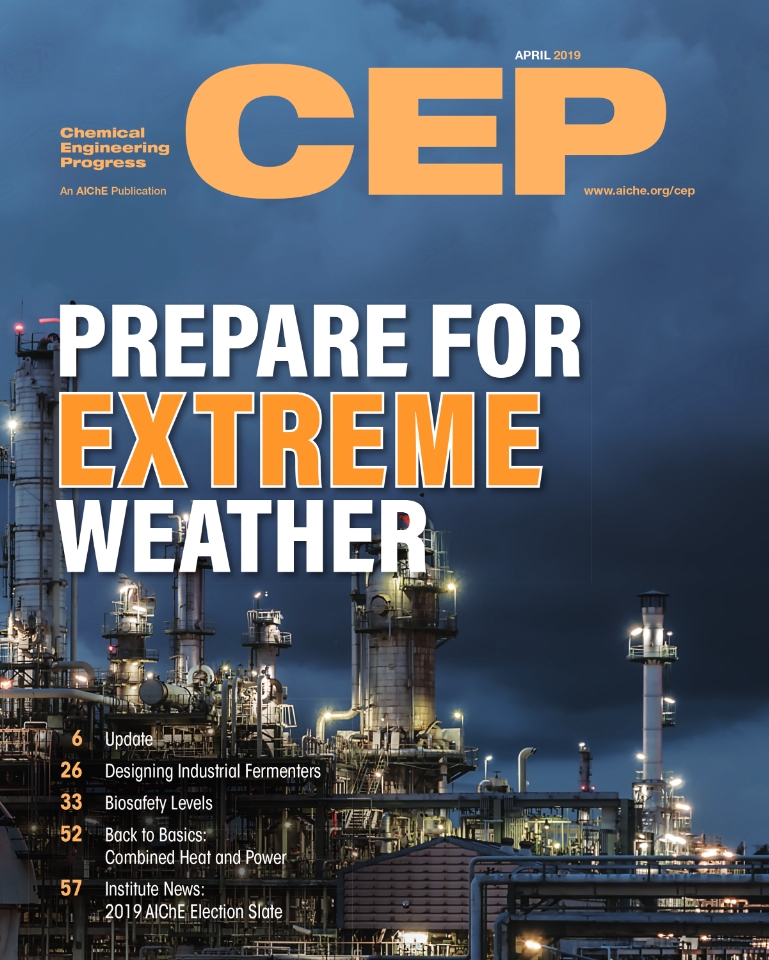 Chemical Engineering Progress: A Journey from Tehran: Overcoming a Revolution

Chemical Engineering Progress: A Journey from Tehran: Overcoming a Revolution

The late 1970s were a tumultuous time for Iran, a nation pervaded by feelings of unrest. In 1979, a tide of Iranian citizens frustrated with the increasing westernization of their country toppled the ruling monarchy.

In the years before the revolution, under the reign of Mohammed Reza Shah Pahlavi and his father before him, Iran had been thrust into modernity — roads and railways expanded, women were empowered, and the Shah developed budding relationships with western powers. Islamic laws were replaced with western ones, and the monarchy banned traditional Islamic clothing, namely the veiling of women, as well as the separation of sexes associated with Islam. Opposi-tion was quickly squashed; conservative political parties were disbanded and protests were violently disrupted. The govern-ment was seen as brutal, corrupt, and unlawful.

An economic collapse in 1977 prompted mass protests. In the following years, thousands of dissenters flooded the streets of Tehran, and many were killed by the Shah’s government. The Shah left Iran for exile in early 1979; soon after, militant troops took Tehran and established an Islamic Republic under Ayatollah Ruhollah Khomeini.

Anoosheh Oskouian was born and raised in Tehran dur-ing the rule of the Shah. Today, she is the CEO and presi-dent of Ship & Shore Environmental, Inc., a company that specializes in air pollution control.

Oskouian’s parents always encouraged her to pursue her education. As a child, when Oskouian begged her father to allow her to attend school early, he unlawfully changed her birth certificate to show she was two years older. Oskouian loved chemistry from an early age, and it was Iran’s oil refin-ery research that inspired her to pursue chemical engineering.

Under Khomeini’s rule, her education would have been different — what began as a popular revolution turned into what many called a fundamentalist dictatorship. Women were banned from speaking to men outside their families and required to wear veils, or hijabs. The age of marriage for women was lowered to nine, and a woman’s testament in court was worth half of a man’s word. Notably, education and employment for women became severely limited.

In 1978, at the apex of the revolution, Oskouian asked her father if she could pursue her education in the U.S. At age 14 (16 on paper), she left Iran and flew to Colorado, in search of a new life. Oskouian did not see her parents again for seven years — she could not return to her country, and they were not allowed to leave.

In the U.S., she was the only student in her high school who lived on her own; she was her own mother, father, and motivator, whether she was grocery shopping, doing laundry, or studying for a test. “I was a 40-year-old in a 16-year-old’s body. I had a lot to prove, to myself and to my parents, and to the kids who made fun of me for my accent.” Oskouian says. “I couldn’t be homesick. I had promised myself I would never miss an opportunity because I was longing for home.”

Oskouian went on to earn a degree in chemical engineer-ing from the Univ. of Colorado, and then worked at Flour Daniel for almost a decade as a project engineer before leaving for Ship & Shore Environmental, Inc., a sheet metal company. Over the years, she grew increasingly appalled by the industry’s environmental conditions.

When the company announced bankruptcy in 2000, Oskouian took a risk and made a major investment in the business, draining her 401(k). She is now the CEO and president of Ship & Shore, which she has overhauled into an environmentally conscious, clean-air solutions company.

It was difficult to rise to the top in an industry where women make up 13% of the workforce, Oskouian says, but she knows what her life would have been like had she never left Iran. “I would not be where I am, who I am,” she says.

“My mother often used to tell me that if I had stayed, I would have had my head chopped off. They have put countless women in prison for standing up for themselves. I think that when governments try to come in forcefully, they find it easier to pressure women than men as a measure of control. Particularly governments driven by fanatic religions that treat women as second-class citizens, as barely people at all.”

Still, Oskouian has encountered plenty of challenges as a professional in the U.S. She recalls a business meet-ing with a client in New York soon after she became CEO. When she entered the office, they mistook her for the company’s secretary, there to take notes. She was shown the conference room and the location of the coffee machine. As the meeting began, she asked for introductions, but was ignored. Eventually, Oskouian introduced herself as the CEO, much to the chagrin of the clients. “Their faces com-pletely dropped,” she says. Oskouian is a passionate advocate for women’s rights, and has spoken at many organizations, including the United Nations. As things get better for women in the U.S., Iran-ian women are also making advances in their own right. “Women are penetrating society through any means pos-sible, to hold positions of power and try and change things fundamentally,” she says. “In Iran, even with all this resistance, women are still managing to fight back. We are all fighting back in our own way, for our own injustices. Whether that is happening in the streets of Tehran, or right here, it’s the same message: Enough is enough.”